A year ago, Zoltán Fazekas and I looked into house effects in Danish opinion polls on the support for political parties. In brief, we found some interesting differences in the house effects among different polling firms (do read the post from last year if you are unfamiliar with the concept of house effects).

However, with the upcoming Danish general election in 2019, we found it necessary to update the results. You can read a lot more about the method and results here. Below you can find one of the figures from the analysis. 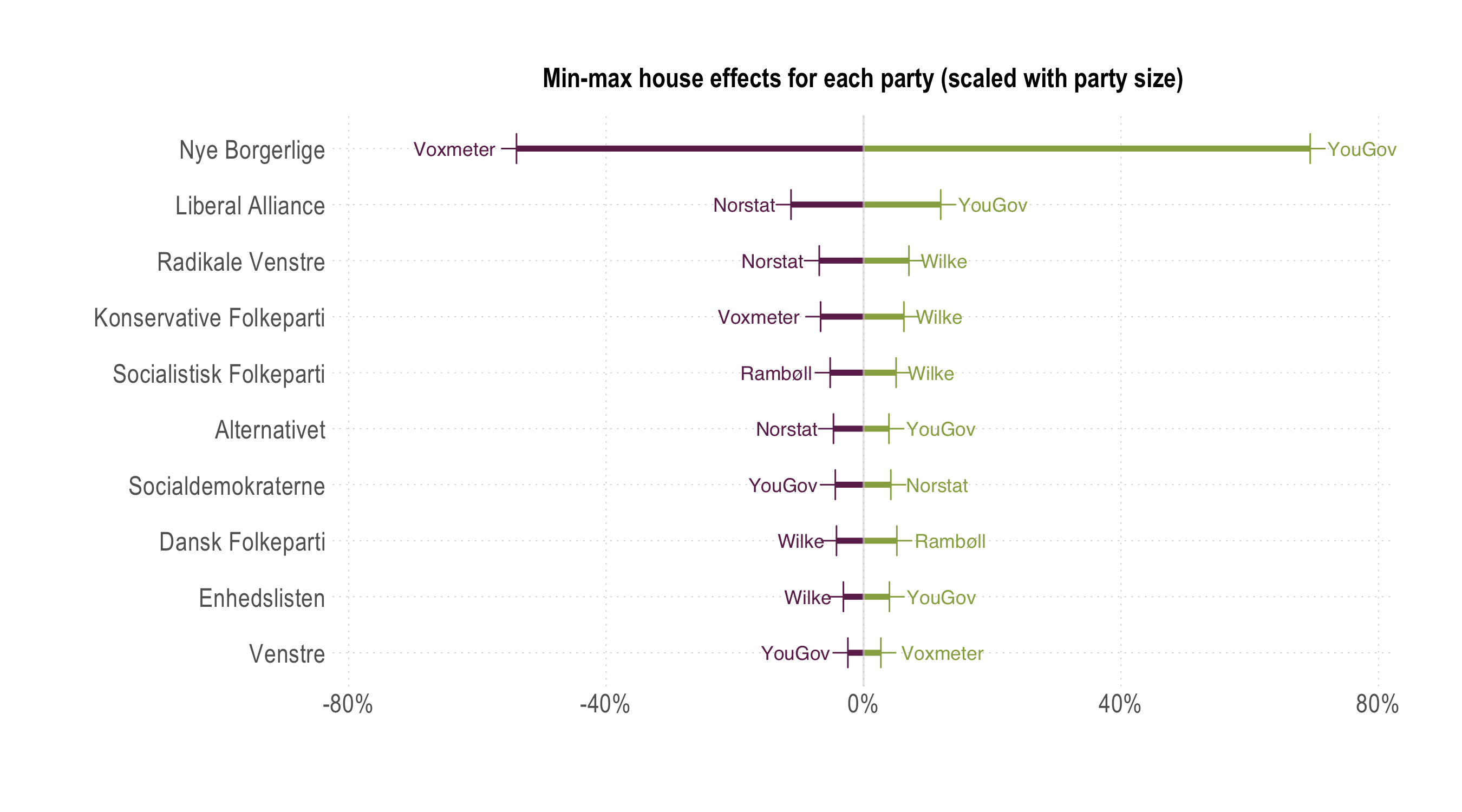 Unsurprisingly, the polling firms have a hard time polling the new right-wing political party, Nye Borgerlige, and there is no agreement among the firms (for my previous posts in Danish on this, look here, here, here, here and here). As the figure shows, YouGov believes the party is doing better than what other firms predict, whereas Voxmeter is less optimistic about the prospects for the party.

Last, Hans Redder from TV 2 uses our results in his new and interesting piece on what you need to be aware of when you see a new opinion poll. It is great to see how these aspects of the polling coverage are getting more and more attention, and I do hope that more journalists will show awareness of this in their coverage when we get closer to the election. To be continued…