While opinion polls are great they are also subject to a multitude of potential systematic errors. Some of these errors are related to the fact that polling firms rely on specific methods that might shape the results (so-called ‘house effects’). Some firms, for example, rely on internet panels when they recruit respondents, whereas other firms call people on their phones. Such differences might affect the results in opinion polls.

In an analysis of all Danish opinion polls on the public support for political parties from 2010 to 2017 (n=1,062), Zoltán Fazekas and I examined whether such house effects are present for the national political parties. In doing this, we relied on the Bayesian approach described in Jackman (2005) to estimate house effects for each of the 10 parties (90 estimates in total given the 9 polling firms). 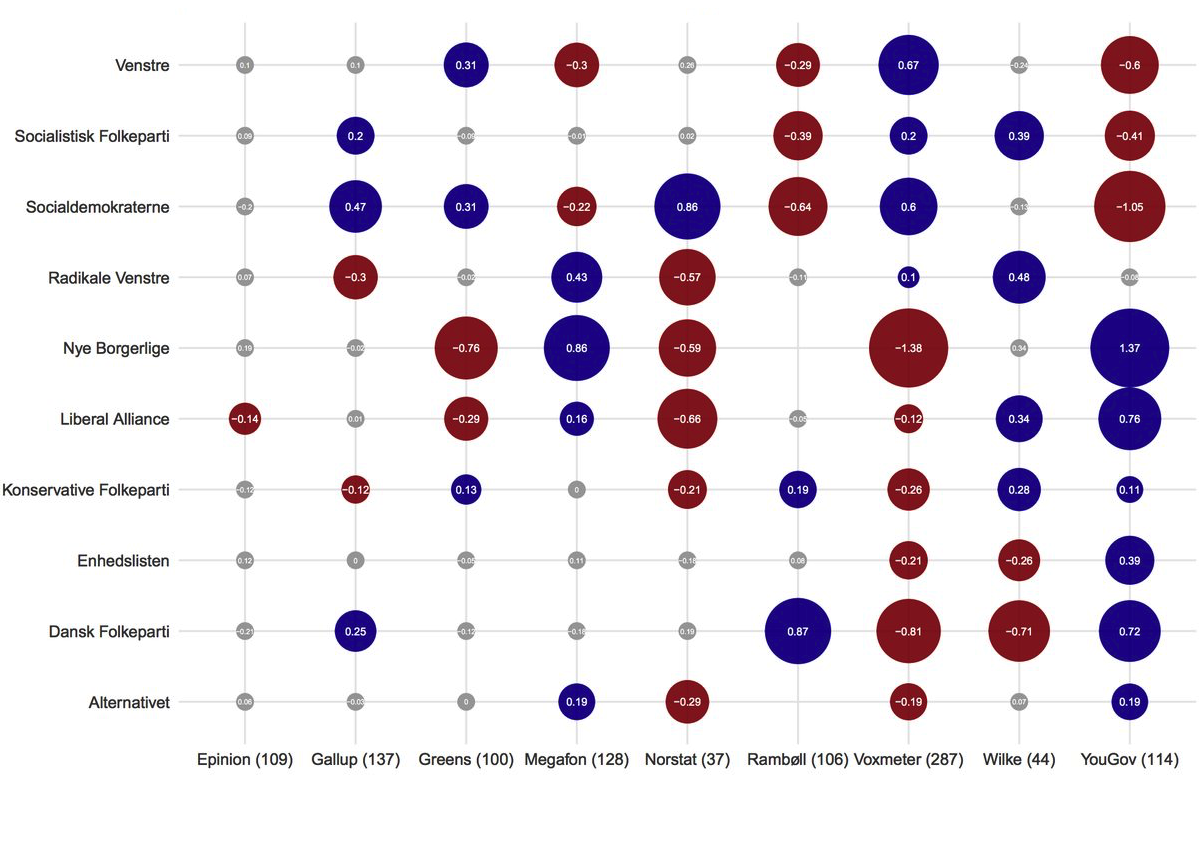 TV 2 covered the analysis (in Danish) with additional interpretations of the results. Subsequently, the analysis was also covered by Mandag Morgen (also in Danish).