In the April issue of Journal of Research in Personality, we (Joseph A. Vitriol, Steven G. Ludeke and I) have an article titled Just as WEIRD? Personality traits and political attitudes among immigrant minorities. Here is the abstract:

A large body of literature has examined how personality traits relate to political attitudes and behavior. However, like many studies in personality psychology, these investigations rely on Western, educated, industrialized, rich and democratic (WEIRD) samples. Whether these findings generalize to minority populations remains underexplored. We address this oversight by studying if the observed correlations between personality traits and political variables using WEIRD respondents are consistent with that observed using immigrant minorities. We use the Immigrant panel (LISS-I panel) in the Netherlands with data on first- and second-generation immigrants from Western and non-Western countries. The results indicate that the association between personality and political outcomes are, with few exceptions, highly similar for immigrant minorities compared to the general population.

Here is the key figure from the article: 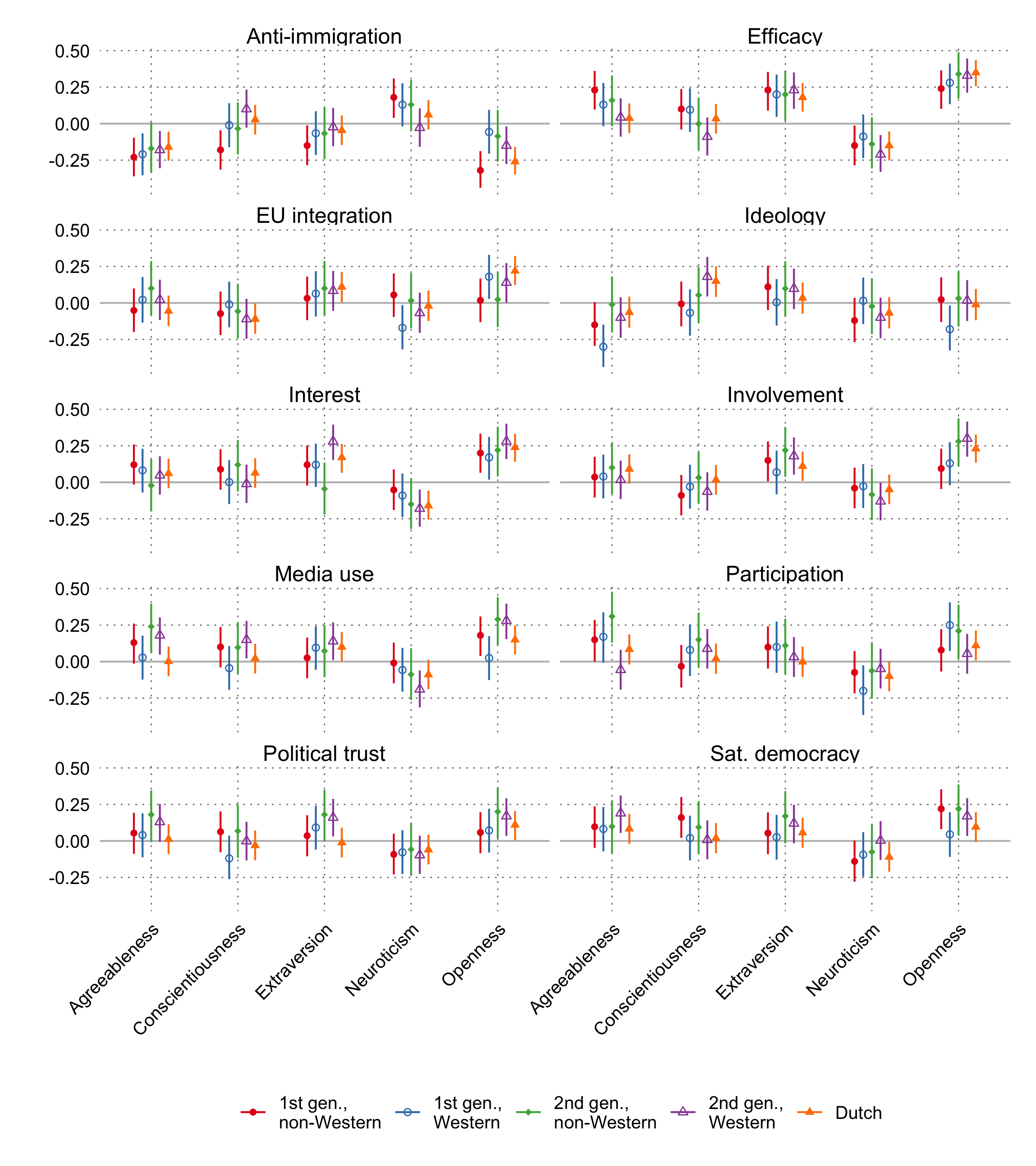 You can find the article online here. The replication material is available at GitHub, the Harvard Dataverse and the Open Science Framework.

I have an article in the new issue of European Journal of Personality (together with Joseph A. Vitriol and Steven G. Ludeke). The article is called The Generalizability of Personality Effects in Politics.

The abstract is here:

A burgeoning line of research examining the relation between personality traits and political variables relies extensively on convenience samples. However, our understanding of the extent to which using convenience samples challenges the generalizability of these findings to target populations remains limited. We address this question by testing whether associations between personality and political characteristics observed in representative samples diverged from those observed in the sub-populations most commonly studied in convenience samples, namely students and internet users. We leverage ten high-quality representative datasets to compare the representative samples with the two sub-samples. We did not find any systematic differences in the relationship between personality traits and a broad range of political variables. Instead, results from the sub-samples generalized well to those observed in the broader and more diverse representative sample.

In the article, we rely on a series of representative datasets to assess whether Big Five personality traits have similar effects on political outcomes for different sub-populations. In brief, we find no empirical support that any of the subsamples we examine differ from the population at large. Here is a figure from the article where we show the findings when looking at students as the sub-sample: 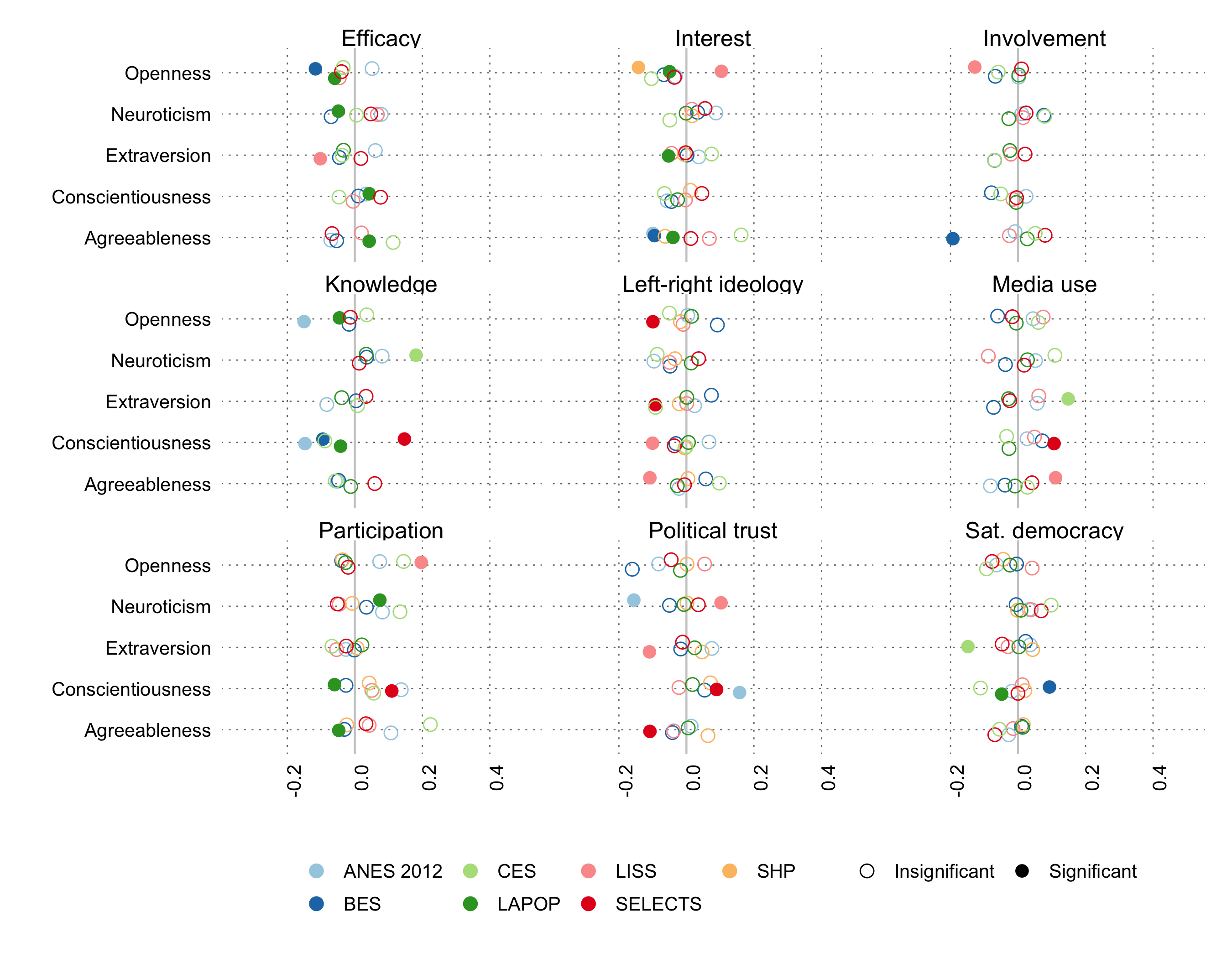 You can find the article here. The replication material is avaiable at the Open Science Framework and GitHub.

A new study, published in Science Advances, questions the validity of the Big Five personality traits outside of Western, educated, industrialized, rich and democratic (WEIRD) populations.

I was interviewed by New Scientist in order to give my take on the implications of the study. The article is available online.