The three great 90s sit-coms are Seinfeld, Frasier and Friends. I have written about Friends and Seinfeld (in Danish), and it is only fair to dedicate a post to Frasier. I watched all 11 seasons of the show ~10 years ago and I recently rewatched all seasons. I am happy to confirm that it is still a great sit-com and definitely worth your time.

Frasier is about the life of radio psychiatrist Frasier Crane (played by Kelsey Grammer) and his family and colleagues. Frasier is a snob living in a fancy apartment in Seattle and that’s pretty much everything you need to know about the show (assuming you don’t already know that). The show lasted for 11 seasons and it is interesting to see how little changed during the run of the series (despite some changes in the relations between the different characters).

What I noticed the second time I watched the show (or at least thought more about this time), is how much it is always about the internal dynamics between the characters and in particular what they know or misunderstand or misremember or lie about. And how that – at the end of the day – never plays out well for Frasier. Unsurprisingly, some of the best episodes rely on the consequences of asymmetrical information (e.g. The Matchmaker and Two Misses Crane).

As always, I rated each individual episode on a scale from 1 to 10 on IMDb. This figure shows all my ratings: 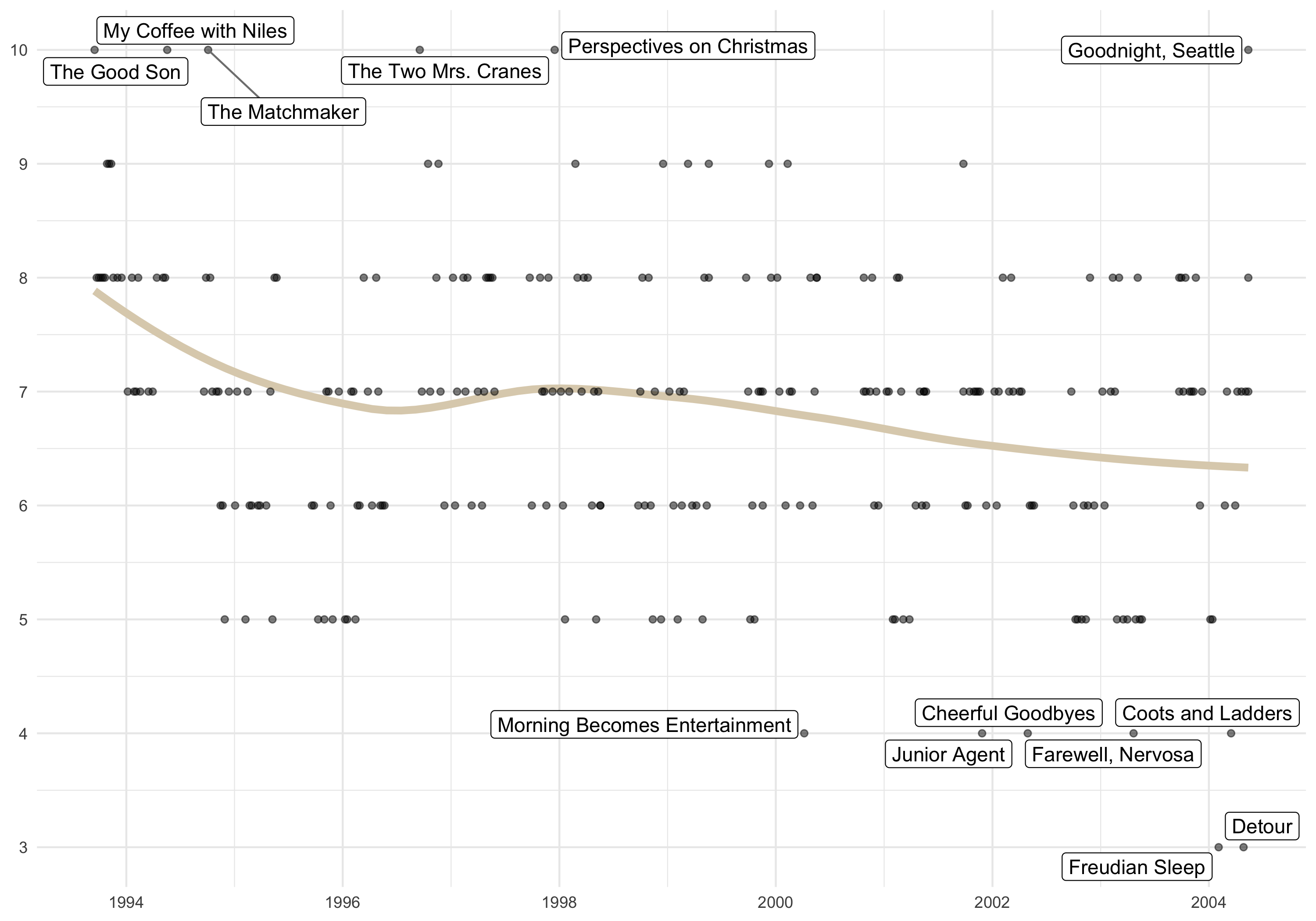 As you can see, I believe the show got worse over time. Not because the older episodes are much better but we see a lot of repetitions in the plots (more than you should expect in a great sit-com). The show experiment more during the last couple of seasons but without taking any chances.

Also, I was never that much into Cheers and most of the storylines in Frasier (and the accompanying humour) that builds upon the dynamics between the characters from Cheers are subpar. I know that some people are more into Frasier Crane when he was just a character in Cheers, so I acknowledge that it might simply be a personal preference.

Overall, there is a strong positive correlation between my ratings of the episodes and the average IMDb ratings. In other words, unsurprisingly, when most people like an episode, I tend to like it as well (I’ve added a linear trend and some jitter to the points): 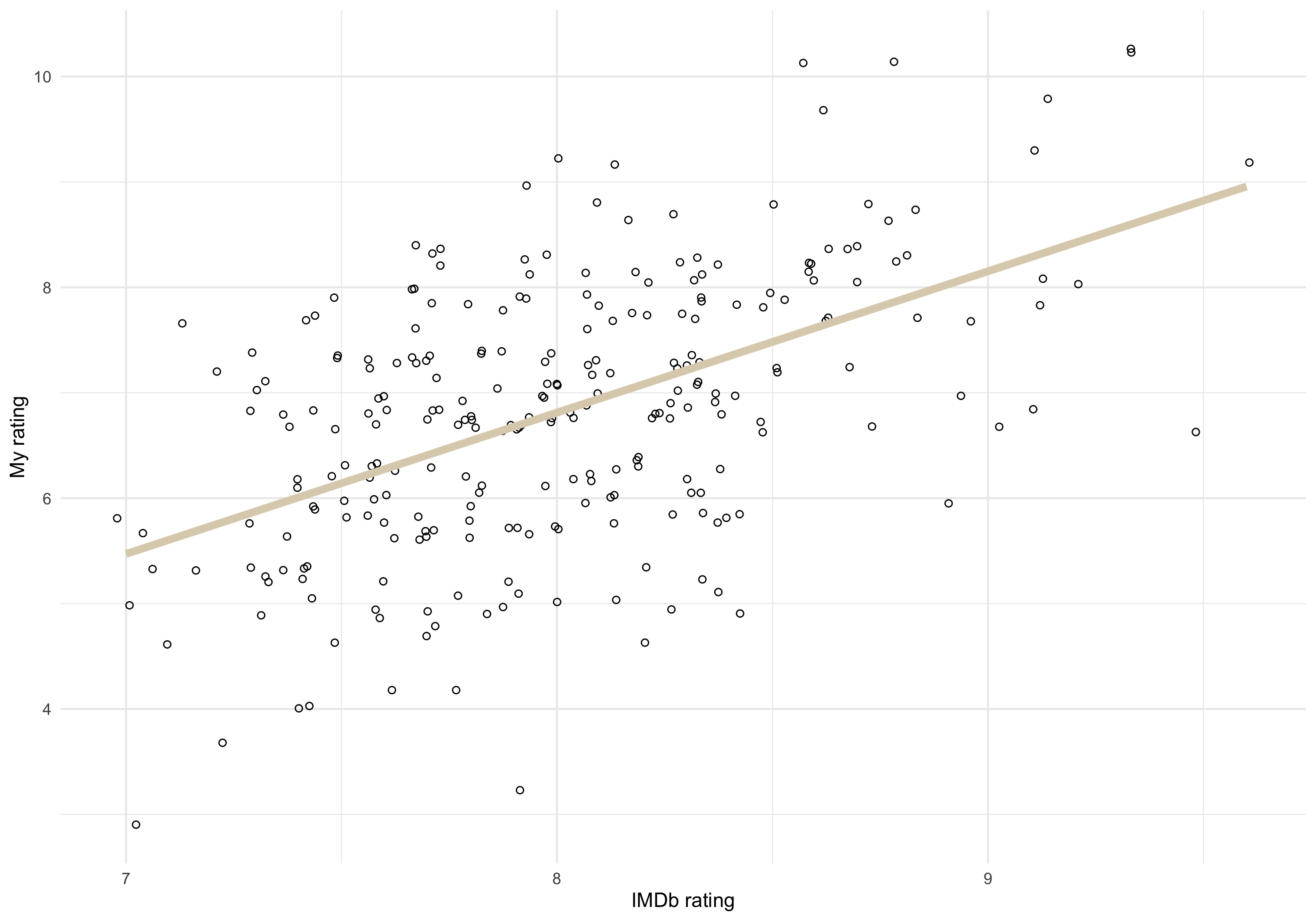 27% of the variation in my ratings can be explained by the IMDb score (R² = .27). In an OLS regression, adding the date of the airing of the episode, number of votes and a set of binary variables with the director of the episode adds little extra explanatory power to the model (adjusted R² = .32).

Compared to Seinfeld and Friends, Frasier is somewhere between the two. I guess you can say Seinfeld > Frasier >> Friends. To use the categories of the Michelin Guide, Friends is worth stopping at (if it’s already on), Frasier is worth going out of your way for and Seinfeld is a destination in itself.