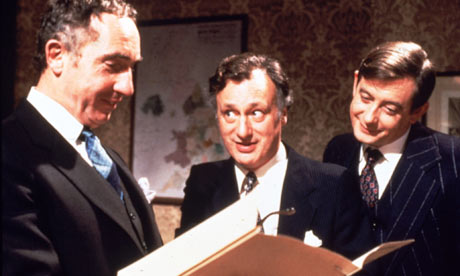 Hacker: Humphrey, do you see it as part of your job to help ministers make fools of themselves?
Sir Humphrey: Well, I never met one that needed any help.